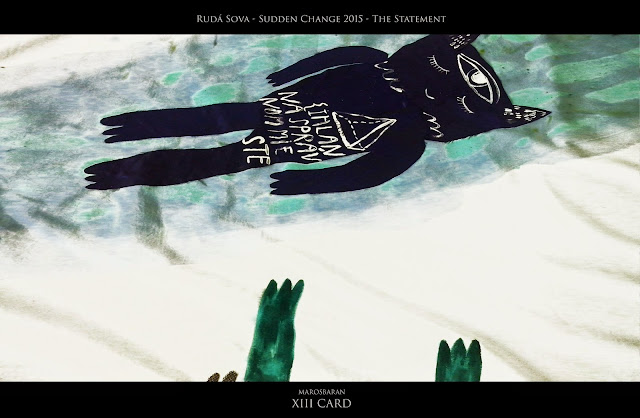 "Not everybody sees it. Not everything can be seen.

We can only guess, hope and at the end - to reconcile.

{It´s a blessing that everything is constantly changing.}"

Slovak painter and illustrator Rudá Sova is collaborating on new project by MAROSBARAN, by creating large scale diptych "Sudden Change", capturing the scent, spirit and concept of XIII CARD project in her own artistic vision.

MAROSBARAN and RUDÁ SOVA met in Academy of Fine Arts and Design in Bratislava in 2010, where they started to collaborate on various artistic project, most famously on THE GREAT RED DRAGON project in 2014, where Rudá Sova created large scale diptych "The Path of Forgiveness".

They are reuniting again for XIII CARD project which will be executed in Prague on 25.5.2015.

You can see their previous collaboration THE PATH OF FORGIVENESS HERE. 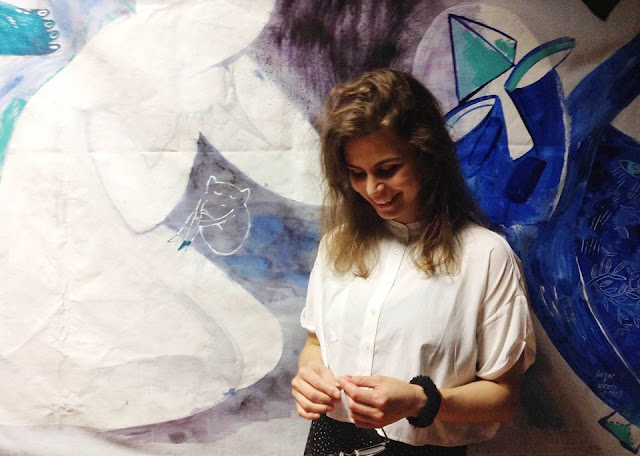